Serotonin is a relaxing neurotransmitter. Neurons that produce serotonin originate in a region of the brain associated with the emotions, and serotonin is generally understood to be an emotional relaxant.

Serotonin is a relaxing neurotransmitter, but its effects are quite different from those of the enkephalins and endorphins. Neurons that produce serotonin originate in a region of the brain associated with the emotions, and serotonin is generally understood to be an emotional relaxant. Among other things, serotonin acts to moderate the effects of the excitatory neurotransmitters, preventing us from becoming overstimulated and irritable. Normal serotonin levels help to prevent us from emotional overreactions to difficult and frustrating situations. The inability to produce serotonin in adequate amounts can result in emotional burnout from frequent emotional outbursts and may be among the primary causes of depression. Drugs such as SSRIs (Selective Serotonin, Reuptake Inhibitors), such as Prozac, Paxil and Zoloft, ultimately make serotonin deficiencies worse. 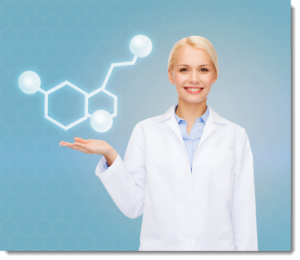 The brain cells that make serotonin may compensate for the presence of the SSRIs by making less serotonin. Eating foods that are high in refined sugars, candy and cookies, for instance; artificially stimulates the release of serotonin, which compensates for low serotonin levels in the brain, often making us feel more relaxed and comfortable. These foods also, in the long term, tend to deplete serotonin levels. Under normal circumstances, when we’re asleep, the pineal gland converts serotonin into melatonin, a neurotransmitter critical to normal sleep. Many substances cause disruption in the serotonin-to-melatonin production cycle. This often results in insomnia, especially the inability to stay asleep during the night. Do not take this supplement while actively taking antidepressants. Consult a medical professional if you want to taper off antidepressants.

An appealing aspect of our nutrients is the convenience offered by the unique packaging:

There are no reviews yet.

Be the first to review “Serotonin PAK”